Our Southern Ontario area plays a special role in the development of what we now call the environmental movement.  Few of us know much about this pivotal role.

Starting in the Spring of 1864, the young Scotsman turned American, John Muir, spent several months botanizing through Southern Ontario. This was his first real exploratory trip beyond his adopted home farm in Wisconsin.

It was over in the Pottageville Swamp area (what was then part of the much larger Holland Marsh) that he had one of his most significant events of his lifetime, seeing a rare northern orchid, Calypso borealis. This epiphany started him on his way to dedicate the rest of his life to the preservation of the natural world.

“The rarest and most beautiful of the flowering plants I discovered on this first grand excursion was Calypso borealis (the Hider of the North). I had been fording streams more and more difficult to cross and wading bogs and swamps that seemed more and more extensive and more difficult to force one’s way through. Entering one of these great tamarac and arbor-vitae swamps one morning,holding a general though very crooked course by compass, struggling through tangled drooping branches and over and under broad heaps of fallen trees, I began to fear that I would not be able to reach dry ground before dark, and therefore would have to pass the night in the swamp and began, faint and hungry, to plan a nest of branches on one of the largest trees or windfalls like a monkey’s nest, or eagle’s, or Indian’s in the flooded forests of the Orinoco described by Humboldt.

“But when the sun was getting low and everything seemed most bewildering and discouraging, I found beautiful Calypso on the mossy bank of a stream, growing not in the ground but on a bed of yellow mosses in which its small white bulb had found a soft nest and from which its one leaf and one flower sprung. The flower was white and made the impression of the utmost simple purity like a snowflower. No other bloom was near it, for the bog a short distance below the surface was still frozen, and the water was ice cold. It seemed the most spiritual of all the flower people I had ever met. I sat down beside it and fairly cried for joy.

“It seems wonderful that so frail and lovely a plant has such power over human hearts. This Calypso meeting happened some forty-five years ago, and it was more memorable and impressive than any of my meetings with human beings excepting, perhaps, Emerson and one or two others.” (John Muir, re-published in The Life and Letters of John Muir,1924 (After his death)) 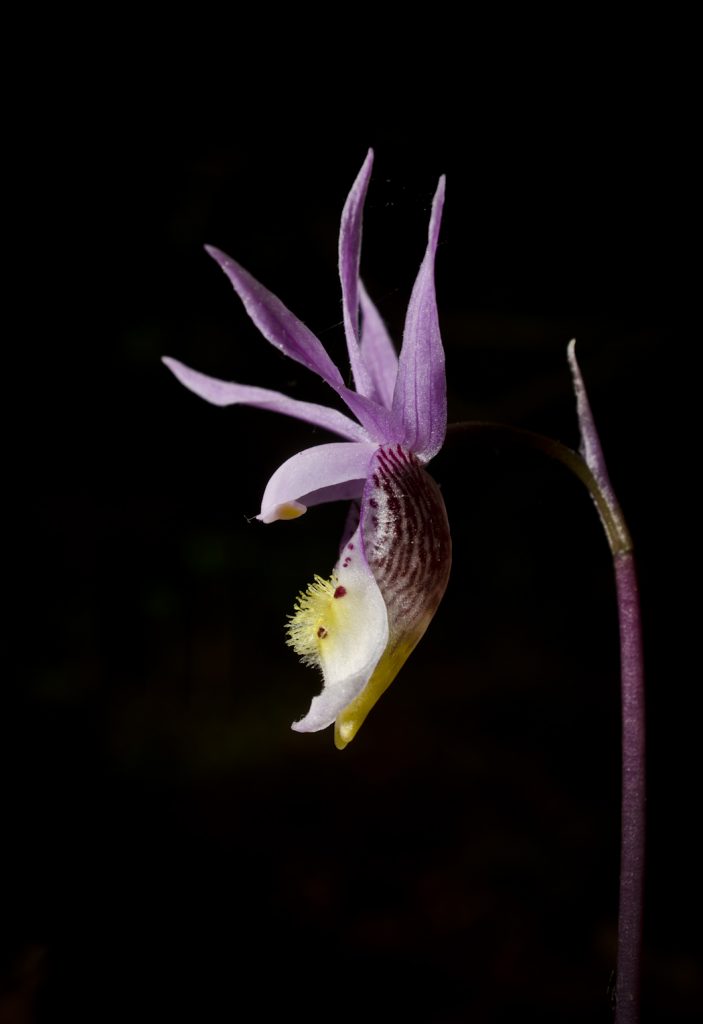 Sometime during June of that year, he passed through our Headwaters area, walking westwards along the Hockley Valley from the Holland Marsh to the Luther Marsh. Later that year, he ended up outside of Meaford working in a rake-making factory. When the mill burnt down in the winter of 1866, Muir returned to the United States.

Muir ended up in California where he started the Sierra Club, still one of the leading environmental action organizations.  He is regarded as one of the fathers of the American National Parks system.

Robert Burcher is a member of the now-defunct Canadian Friends of John Muir.  Burcher is a photographer, a journalist, an author, and an experienced speaker. He is currently doing field work for his latest book on the experiences that John Muir had in Ontario.